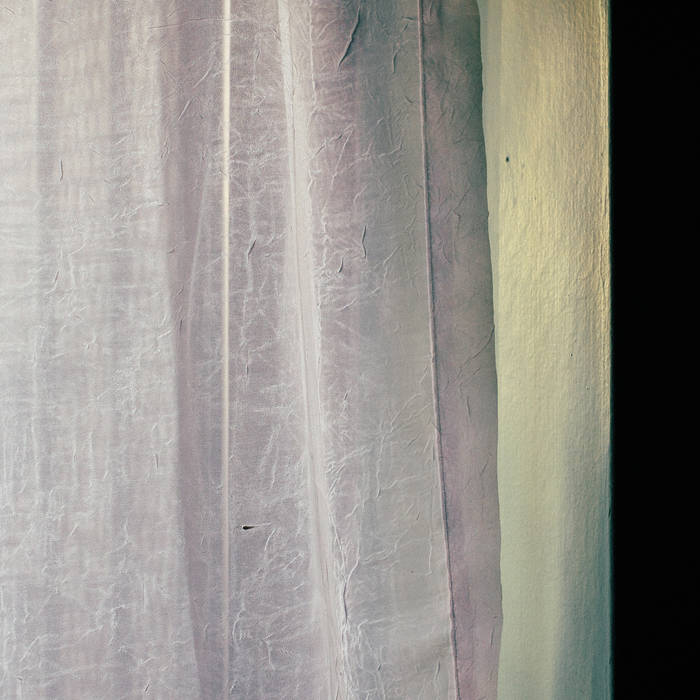 Tristan Bath, Spool's Out/The Quietus:
In comparison, Brooklynite sound artist Billy Gomberg’s offering on Transition is a relatively peaceful affair. Deeper listening reveals layers of hidden meaning, and in my own case, no small amount of terror. This is incredibly abstract music though, and one wonders how much the translucent, vaporous meaning is in the ear of the beholder. The single piece on side A seems at first to blend together various field recordings to create a strange new, third location. Distant industrial clatter or public transport noises soon turn out to be Gomberg’s own tones summoned from goodness knows where, and the collage then segues from place to place as it travels onwards. The two shorter pieces on side B are no less mysterious. Whether the overall effect is peaceful of terrifying is perhaps up to you to decide – either way it’s an absorbing trip to take.


Foreign Accents:
The electro-acoustical ebb and muffled field recordings of Billy Gomberg’s Transition have a quiet intensity to them that feels preparatory to something. A few minutes into the closing section on side B, and you might feel very specific images coming to mind: early morning in the industrial part of town. The faint hum of generators. Distant trucks passing. These are soundscapes for low light and empty streets. It’d be redundant to just call this “drone”, when really, its stirring, mind-manifesting mixture of tones and field ambience makes it a zoney sonic portrait. It barely matters how it was achieved– its organization is all of a piece, the collected moments seamlessly melding together. Reminds me a little of the minimal, diffuse calm conjured by the likes of Andrew Chalk, Christoph Heemann, David Jackman (Vacant Lights, one of his releases as Organum, particularly comes to mind), all those other characters. Highly unique and highly recommended.


Bill Meyer, Dusted:
The U.S.A.’s recent passage from fractious democracy into frightful chaocracy commands so much of one’s attention that it’s tempting to interpret everything in terms of that event. But while Dinzu Artefacts released Transition in January 2017, it is the project of another shift. Billy Gomberg recorded it during at the same time that he was preparing his household for a new arrival. Impending parenthood often rattles people into giving away things they thought they’d always want and fixing up spaces that had previously seemed just fine. Removal, addition and space all come to mind while listening to these three pieces, which collectively run just under half an hour.

On “14:28,” which takes up all of side 1, Gomberg composes mathematically, adding and subtracting sounds. At its densest the music contains distorted, tolling bells, flickering feedback, distant music and close-up electronic tones. Disparate in origin and character, they nonetheless fit quite consonantly. The music’s rhythm has little to do with beats; instead, sequences recur so that even as they retain an indistinct quality, they become familiar. Varied degrees of fidelity make some elements seem farther away than others. It’s rather like listening to a city late at night, trying to track unidentifiable events taking place blocks away.

The two pieces on the other side are more coarsely textured. “6:37” induces a paradox; the music seems to proceed more slowly even though it traverses the same ground as side one in less than half the time. One could attribute this to any number of anxiety and sleep-deprived experiences that new parents experience, but it’s also a long-standing practice of Gomberg’s to embed action and contour within music that has a surface formlessness. He’s also good at making music that seems never to be close, no matter how intensely you listen, and that quality bridges “6:37” to the side’s other track. “8:41” pulls off a remarkable spacial stunt. The sounds all seem to be coming at you from a great distance, so that to engage them you have to project your attention outwards. But at the same time they rise and fall in a cadence reminiscent of breathing exercises, and the piece induces a similarly calm state. This simultaneous evocation of in and out of body experiences speaks to art’s power to transform perception and the moment, and in doing so becomes a reminder that nothing needs to stay the same. Good, bad or indifferent, it’ll all pass.

Ryan Masteller, Cassette Gods:
Transition is an album that lives up to its name, a drifting, evolutionary signpost marking the passage of time. As befits a Dinzu release, field recordings are processed through effects and electronics, the sounds taking on entirely new identities as they’re filtered through Gomberg’s vision of glacial motion. The tracks are untitled, marked only by the amount of time they fill. And fill they do, as you must pay careful attention to the compositions, allowing them to consume your focus so that you don’t miss a single detail. You could call them drones, but that would be selling them short – there’s distinctive movement in the works, distinctive tones, unearthed emotional stimuli whose raw receptors remind you of events in your life that you’d forgotten. Wisps of memory once again become tactile. You remember who you once were.

I live in San Francisco. My interest is in creating a space, real or imagined, poetic or remembered, where a relationship can develop, where we can share some of each other’s inner language and experience.  Musical material from analog & digital synthesis and processing, in addition to various fidelities of field recordings, lay ground and illuminate our duration there. ... more

Bandcamp Daily  your guide to the world of Bandcamp